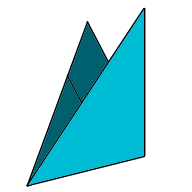 Golden Venture Folding (often simply called "3D Origami" or "GVF") is a form of modular origami. Unlike traditional origami, in which you fold a single piece of paper into a sculpture, in GVF you fold many pieces of paper in the same pattern into triangular "units". You can then assemble these units into an intricate origami sculpture.

The "units" of GVF are simple triangles. Each triangle has two "points" and two "pockets". The points of one unit can fit into the pockets of another unit. 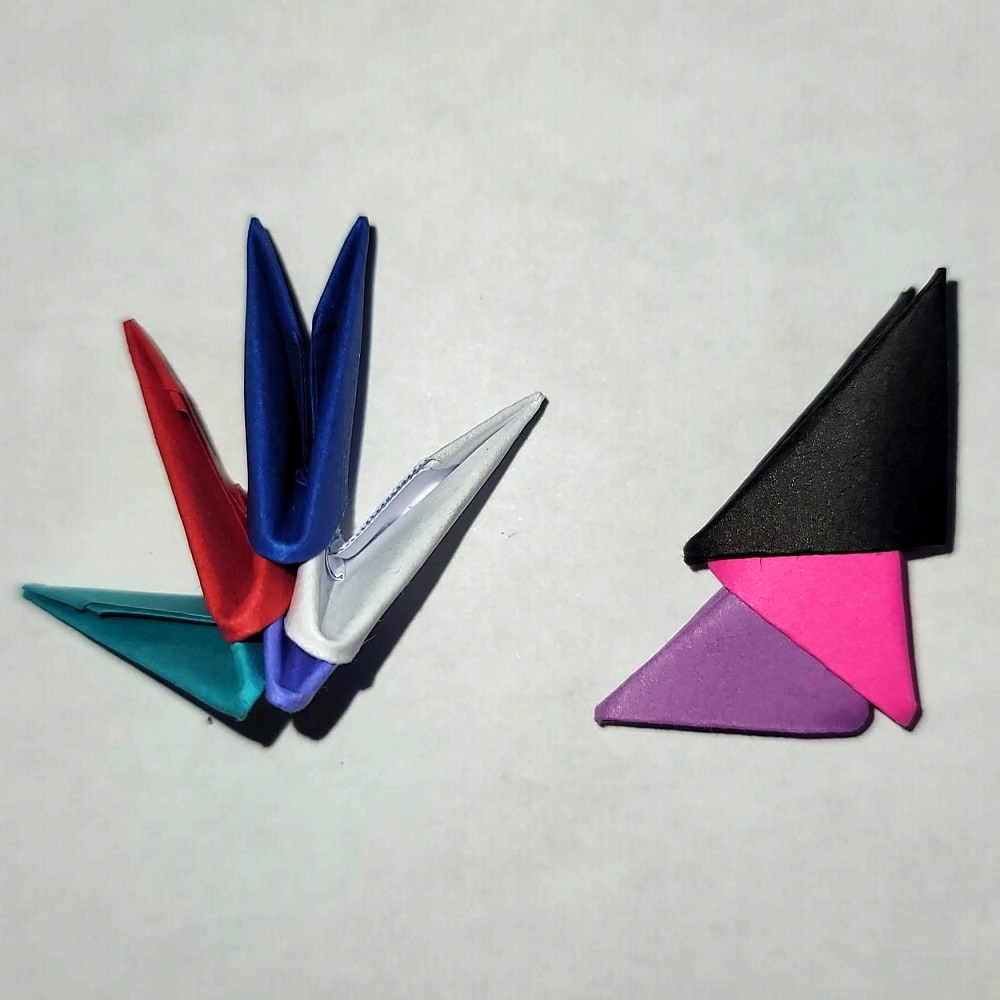 The triangular units can be assembled in a wide variety of ways. These techniques allow for an enormous variety of sculpture deisgns. 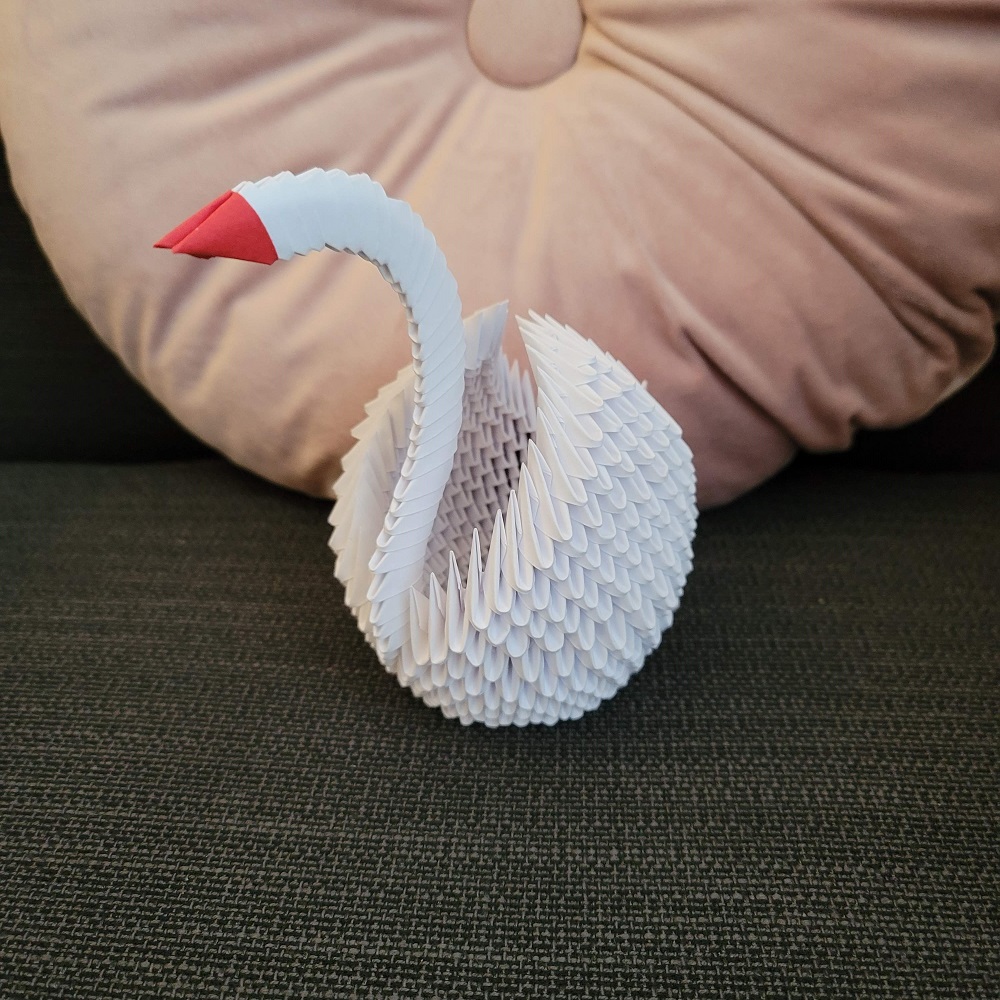 Create beautiful and complex sculptures with as few as 500 units! For many designs, glue and additional materials are not required! 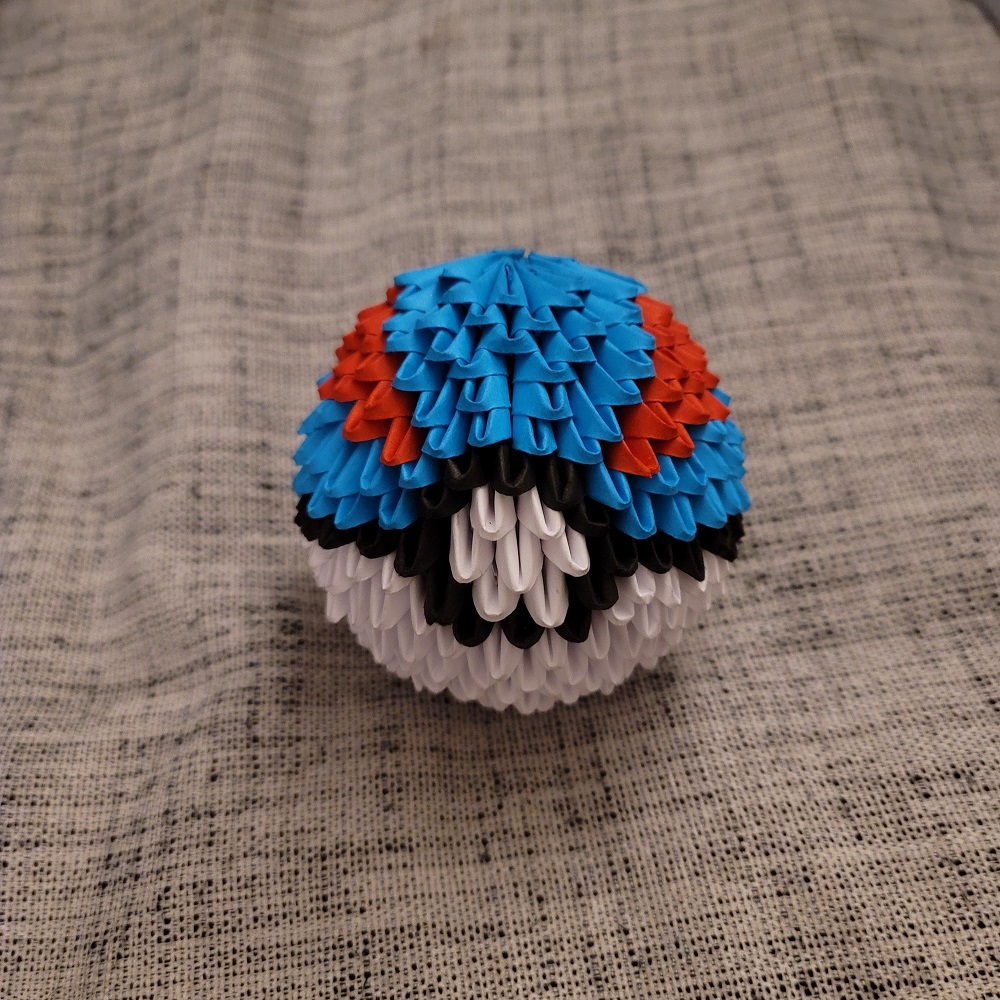 Use Color! Where traditional origami is limited to one or few colors, GVF can use as many colors as you have units.

Learn how to get started!
Go to the Designer
See Sample Designs